The Three Cs of Divorce Mediation 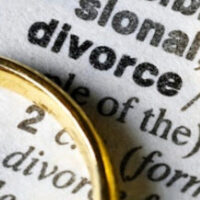 Trials only resolve a miniscule number of Orange County divorces. Out-of-court settlements, which usually involve informal or formal mediation, resolve over 90 percent of these cases. Typically, before formal mediation, most litigants think the procedure will be a waste of time. If we could talk out our problems, they reason, we would not have gone to court.

Yet mediation is at least partially successful over 80 percent of the time. During mediation, parties come face-to-face with the benefits of mediation, which are outlined below.

The process also helps. After each side makes a brief opening statement, the parties retire to separate rooms. A mediator, who is usually an unaffiliated Winter Park family law attorney, then conveys settlement offers and counter-offers back and forth on issues like parenting time and property division. These sessions usually last a full day.

An experienced Maitland divorce attorney is obviously critical. Without such representation, there is no one to stand up for the person’s legal and financial rights.

Today, co-parenting is the rule. Florida law no longer talks about custody and visitation. Instead, it talks about parenting time divisions. The change is not just words on paper. Both parents are expected to take an active role in child rearing.

So, civility between mother and father is essential. They must do more than tolerate each other. Each parent must actively encourage the children to have a relationship with the other parent. An emotional courtroom showdown does not set the stage for that kind of civility. But mediation does.

On a related note, mediation is an empowering experience. The parties know that, since they worked out their problems before, they may do so again. And make no mistake about it: there will be future disputes in a co-parenting relationship.

That being said, mediated settlements usually mean fewer disputes down the road. Because the parties have more control over the outcome, voluntary compliance usually increases. That means fewer motions to enforce and probably fewer motions to modify as well.

This issue is particularly important if, as is often the case, a spouse has issues accepting authority.

Civility and control are important, but cost is probably the big one. From a financial standpoint, divorce almost always costs more than the parties originally believed it would cost. That’s especially true after the case has already gone on for several months.

According to the Department of Justice, mediation and other forms of alternative dispute resolution save litigants about $20 million per year in legal fees. So, instead of spending your savings on legal fees, you can put it towards something else, like your child’s education.

There is an emotional savings as well, because divorce is costly in this area too. The longer the case goes on, the more people worry about the outcome. A mediated settlement wraps things up so both husband and wife can get on with their lives.

Connect with an Aggressive Lawyer

Mediation has concrete benefits for divorce litigants. For a confidential consultation with an experienced Maitland divorce attorney, contact The Troum Law Firm, P.A. After hours visits are available.