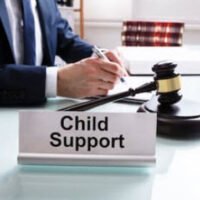 If you are not getting the full amount of child support you are owed, you are not alone. In fact, obligors owe an estimated $10 billion in past due child support. At first, regular payments often become sporadic. Then, they become more and more sporadic until they cease altogether.

Partnering with a Maitland family attorney fairly early in this process usually produces good results. If the obligor only owes a few thousand dollars, many of the contempt enforcement methods below often work rather well.

When people have health problems, doctors usually try the most conservative and least-invasive means. In this context, a demand letter fits this bill. Collection letters from attorneys have no legal force, and sometimes, obligors simply ignore them. But in many other cases, these letters prompt obligors to resume regular payments and set up a payment plan for the arrearage.

Child support money judgements are usually easy to obtain. The state’s payment history provides irrefutable evidence as to payment made. Most divorce and paternity orders clearly state that obligors receive no credit for informal payments. Once the obligee obtains a judgement, other collection options open up, such as judgement liens.

In Florida, delinquent child support obligors may face drivers’ license suspension. This tactic is usually quite effective, because it is both low-key and aggressive. Most people ignore drivers’ license suspensions until they must renew their licenses or they get pulled over. Then, they take action rather quickly to lift the suspension. In this context, that usually means some payment toward the delinquency and the establishment of a payment plan. Nursing licenses, law licenses, medical licenses, and other professional licenses may also be subject to child support suspension.

Liens often have roughly the same effect as license suspension. A property or credit lien is meaningless until the obligors sell the property or apply for credit. Then, they often take prompt action to lift the lien. Bank account levies are a bit more complex. But in some cases, it’s possible to freeze the obligor’s checking or other account until they make a payment. Levies also have a powerful deterrent effect, because no obligor wants to go through that again.

The average spring tax return is over $3,000. And, the IRS routinely redirects these payments if the taxpayer has past due child support. So, a well-timed payment intercept could make a substantial dent in even a large arrearage amount. The same thing applies to life insurance and other payments.

Under Florida law, an obligee may withhold up to 50 percent of an obligor’s paycheck for current and past-due support. There is usually no negotiation here. The obligee files a notice, and the payroll company is legally required to begin withholding. Many people freelance or do not have regular income, so wage garnishment is not as effective as it used to be.

In extreme circumstances, generally because the obligor has evaded several other collection attempts and owes a great deal of money, a judge may incarcerate the obligor. It is amazing how quickly people who are behind bars can call in favors and come up with a payment of several thousand dollars.

Connect with a Dedicated Lawyer

If your ex owes child support, we can help. For a confidential consultation with an experienced family law attorney in Maitland, contact The Troum Law Firm, P.A. After-hours visits are available.