When Can an Orange County Judge Issue a Contempt Order? 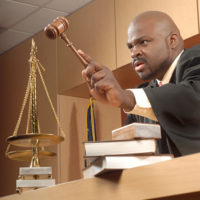 Essentially, contempt of court is a steadfast refusal to obey a court order. For example, if a party is one day late on one spousal support payment, he is technically in contempt of court. But most judges would not issue such an order unless the party had missed several payments and if he, or his lawyer, had ignored warnings from the court.

Typically, Maitland family attorneys do not file contempt motions to punish the other party, but to enforce compliance. So, once the person complies, the judge usually disregards the contempt matter. That’s especially true in the following cases.

Failure to Comply with Discovery Requests

If the other party refuses to show up for a deposition, especially if it has already been rescheduled once or twice, the judge may issue a contempt order. The same thing applies if the requesting attorney has still not received written discovery responses, several weeks or months after the deadline passes.

Technically, compliance does not resolve the contempt issue. In a divorce or other family law matter, compliance usually ends the dispute.

As mentioned above, this situation is a lot like discovery noncompliance. People who file contempt actions generally just want the other parent to comply. So, in addition to contempt, there are a number of other vehicles to encourage compliance, such as:

Some of these actions are designed to get the party’s attention, while others are designed to capture money right away. Talk to our attorney about which approach is best. Sometimes aggressive measures become necessary.

Typically, enforcement and contempt matters in this area involve parental kidnapping. But there could be other issues as well.

“Parental kidnapping” occurs when a party failed to return a child at the appropriate time or transported a child to an unagreed location. In more extreme cases, parents secrete the children out-of-state without the other parent’s knowledge or consent. Such situations usually involve allegations of domestic abuse.

Sometimes, custody contempt is more subtle. Court orders, and Florida law, require co-parenting. Each parent must facilitate contact between the children and the other parent, at least in most cases. But some parents build emotional roadblocks instead of emotional bridges. They disparage the other parent in front of the children or make up excuses to deny visitation.

Count on a Dedicated Lawyer

Civil contempt is often a good way to encourage compliance with court orders. For a confidential consultation with an experienced family law attorney in Maitland, contact The Troum Law Firm, P.A. After-hours appointments are available, by appointment.