Recognizing and Responding to PAS 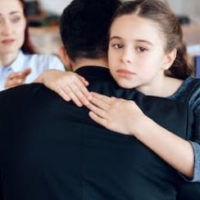 The emotional relationships between parents and children are always in a state of flux. That’s particularly true among divorced families, and even more so if one parent participates, either directly or indirectly, in this emotional process.

This intervention is often called Parental Alienation Syndrome. This controversial diagnosis is rather common among divorced families. Essentially, the alienating parent tries to create an emotional gulf between the children and the targeted parent.

PAS is often devastating, because in many cases, the emotional damage is permanent. So, if you suspect that PAS is an issue in your relationship, you should meet with a Maitland family law attorney and review your legal options.

Temporary and final divorce orders usually address some issues in this area. For example, the parenting time schedule is usually very specific. Additionally, most orders include an interim or permanent injunction which prevents one party from degrading the other one in the presence of the children. Nevertheless, this issue still arises. Consider the following examples:

If situations like these come up consistently, PAS may be a problem. However, occasional disagreements do not generally constitute a problem. And, making a legal mountain out of an emotional molehill may cause more problems than it solves.

Responses to PAS in Seminole County

Talking to the other parent is usually the best first PAS response. Many times, this behavior is unintentional. Mom or Dad may not realize what they are doing to Amy’s relationship with the other parent.

If the situation does not improve immediately, a motion to modify is probably a good idea. As mentioned, PAS causes permanent emotional damage. The longer the problem lasts, the worse that irreparable damage becomes.

Typically, Orange County judges order social studies in contested motions to modify. Social workers know how to recognize PAS. Furthermore, these professionals know how bad the damage can be. Family court judges are familiar with PAS as well. So, the motion will receive a friendly audience.

Even if the custody change fails, many judges will insert anti-PAS provisions into the decree. If the other parent violates these provisions, it is easier to win a subsequent motion to modify. Continued misbehavior indicates that the residential parent is not a very good co-parent, and that’s the foundation of a successful post-divorce relationship.

Work with a Dedicated Lawyer

If PAS is an issue, act quickly before it ruins the parent-child relationship. For a confidential consultation with an experienced Maitland modifications attorney, contact The Troum Law Firm, P.A.