Skip to main content
SCHEDULE YOUR CONSULTATION WITH OUR FAMILY LAW ATTORNEY NOW!

What to Expect in a Seminole County Divorce 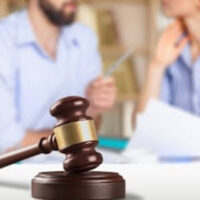 More people than ever before consider marriage dissolution an acceptable way to end a relationship which, for whatever reason, is unsatisfying. Divorce almost always involves significant emotional and financial distress. Knowing roughly what to expect in an Orange County divorce helps minimize this distress.

A partnership with an effective Winter Park divorce attorney helps even more. A lawyer gives you solid legal advice in matters like parenting time division and spousal support obligations. Furthermore, a lawyer is a strong voice for you.

Filing a Petition for Divorce

Florida law still allows fault-based divorces, on grounds such as abandonment, adultery, and substance abuse. An evidence-based divorce may be appropriate in a few cases. Some people want or need a declaration that the other spouse was at fault for personal, religious, or other reasons.

But the vast majority of divorce petitions in the Sunshine State use the no-fault ground of insupportability (irreconcilable differences). If one spouse states that the marriage has broken down, the judge may refuse to hear further evidence. It takes two to tango, as the old saying goes. If one party no longer wants to be married, for whatever reason, that’s all there is to say.

About two weeks after the petitioner files legal paperwork, the judge usually holds a temporary hearing. At this hearing, the judge enters orders about important matters like parenting time and spousal support. A judge might also enter a protective order, if the facts warrant such a move.

Physicists sometimes talk about inertia. Once an object starts moving in a certain direction, it is difficult to stop it or change the direction. The same is true of divorce temporary orders. Once the judge enters orders, inertia takes over, and these orders are difficult to undo. So, aggressive representation at the temporary hearing is essential.

New evidence is about the only thing that can break the inertia. This new evidence usually comes to light during the discovery period.

The next phase of a divorce is usually either expensive and time-consuming or quick and easy. There is typically no middle ground.

Discovery covers financial matters. The parties exchange information about their income, debts, and assets. If the marriage was brief and both spouses just have W-2 income, financial discovery may be just an exchange of tax returns. If the marriage lasted longer and/or a small business or side hustle is involved, discovery is much more intricate.

Emotional issues are on the agenda as well. For example, most judges order social services investigations as part of discovery. A social worker evaluates the case from a parenting time perspective and makes a recommendation as to which parent should be the residential parent.

Most marriage dissolutions settle out of court. Sometimes, the parties reach an agreement on their own. Other times, the settlement occurs after mediation.

During mediation, a neutral third party, who is usually an unaffiliated Seminole County divorce lawyer, reviews the case and tried to forge a settlement between the two sides. If both spouses negotiate in good faith, mediation is usually successful.

Connect with an Assertive Lawyer

Most divorce cases follow the same general outline. For a confidential consultation with an experienced family law attorney in Maitland, contact The Troum Law Firm, P.A. Our main office is conveniently located near the intersection of Orlando Avenue and Maitland Boulevard.

Skip footer and go back to main navigation