Television and cinema greatly dramatize divorce, leaving many with an exaggerated version of marriage dissolution imprinted on their minds. The truth is that most divorces never go to court, and many are carried out in a collaborative fashion. Collaborative divorce, also called amicable divorce, is much different than a divorce that goes to court before a judge. Collaboration involves settling differences in the friendliest manner possible and making compromises. Amicable divorces usually end up working better for both parties than contested divorces, and they are much easier on children. If this sounds like something that may be the right option for you, the Winter Park collaborative divorce attorneys at The Troum Law Firm, P.A. are here to help. 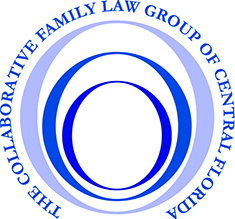 Solving Issues in an Effective, Amicable Manner Through Negotiation and Compromise

Very few, if any, divorces end up with both parties getting 100 percent of what they want. Divorce is a process of give and take, with an eventual agreement that benefits both spouses. Through collaboration, our attorneys can help you settle matters relating to:

Collaborative Divorce Leaves a Much Smaller Impact on Children

Numerous studies have proven that divorce itself is not necessarily the cause of child trauma surrounding parental separation; in fact, it is the manner in which the divorce is settled that can leave a child with low self-esteem, depression, an inability to focus on school work, and a desire to lash out at their parents and others. Contested divorces in which parents talk poorly about each other behind one another’s backs in front of their children, shouting matches, and lengthy arguments all harm children. Maintaining a civil relationship with the other parent through a collaborative divorce goes a long way in mitigating the negative effects that divorce will have on your children, according to Ted.com.

A Winter Park Collaborative Divorce Attorney Can Help You Today

If your relationship with your spouse is civil enough for collaboration, the Winter Park collaborative divorce attorneys at The Troum Law Firm, P.A. can help you get started at once. Feel free to reach out to our compassionate legal team today at 321-428-2247 to schedule a free consultation.